The King County Medical Society delegation was a dominant force at the Washington State Medical Society annual meeting in Spokane last weekend, with seven of its eight resolutions gaining passage from the WSMA House of Delegates.

In an unprecedented move, the WSMA members voted overwhelmingly to endorse Initiative I-1631, Washington’s Clean Air and Clean Energy initiative.

Dr. Mark Vossler, MD, a Kirkland-based cardiologist who practices at EvergreenHealth Medical Center in Kirkland, authored the resolution to the WSMA as a delegate from the King County Medical Society endorsing I-1631 and led its passage at last weekend’s WSMA annual meeting.

It’s extremely rare for the WSMA or King County Medical Society to endorse measures such as I-1631 because of the potential for political discord within the delegations, Vossler said.

“This year we’ve seized the opportunity to actually endorse a specific policy that will  make a huge difference in the lives of our patients and our children and our grandchildren. WSMA rarely  takes a stance on an initiative, the reason being there is rarely an initiative written like this that would have such an impact on the health of our communities,” Vossler said.

Newly inaugurated WSMA President Tom Schaaf, MD, MHA, announced the endorsement at a news conference Monday afternoon in South Seattle attended by a number of medical professionals from across the state. “We believe that we have a moral obligation to advocate for policy  that protects our patients’ health including the dangers of air pollution and climate change.  The Washington State Medical Association is proud to support investments in clean energy and healthier patients by endorsing Initiative 1631,” said Dr. Schaaf, the chief medical officer of Providence Home and Community Care in Tukwila who also provides patient care at Providence Sound Hospice in Olympia.

The comprehensive gun violence prevention measure sailed through the House of Delegates without debate, a huge surprise to author Dr. Amish Dave, MD of Virginia Mason and the KCMS delegation.

“I was prepared for at least some push-back given the controversial nature of the issue, Dr. Dave said. “But we had a very comprehensive resolution and worked with stakeholders including Public Health Seattle and King County, the Washington State Department of Health, Washington Chapter of the American Academy of Physicians and many others.  And I think most members realized is what we’re trying to do is work with our public health colleagues to understand the main preventable causes of gun violence in Washington state.  We’re not trying to take guns away from responsible gun owners, we’re just really trying to protect our patients and our population.”

A review committee did make some minor modifications to Dave’s resolution including removal of the creation of an office of gun safety.

But overall, it was a huge win for the King County Medical Society delegation.

The only King County-authored resolution that failed to garner approval was a measure concerning the legalization of biochemical hydrolysis as an alternative to cremation in Washington State.  The resolution was referred to the WSMA executive committee for further study and consideration, and author Dr. Hal Quinn, MD, says he will reintroduce it next year.

The WSMA is expected to post a formal recap of the annual meeting and final language for all resolutions later this week on their website.  You can read the original King County Medical Society resolutions introduced at the WSMA annual meeting here.

We encourage all of our members to participate as a delegate to the WSMA or join a committee and help shape policy and insure your voice is heard.  Contact our CEO/Executive Director Nancy Belcher via email or phone to learn more and how you can take part in shaping the future for physicians and patients. 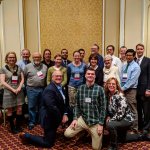 The King County Medical Society delegation and staff at the WSMA Annual Meeting in Spokane. 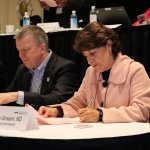 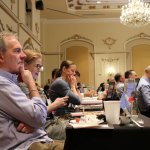 Members of the KCMS delegation listen to testimony in the House of Delegates. 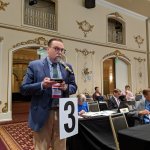 Dr. Mark Vossler, MD, argues on behalf of his resolution in support of I-1631 before the House of Delegates. 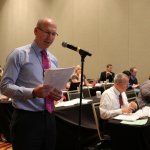 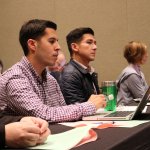 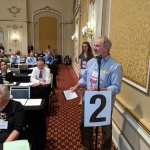 Dr. Hal Quinn, MD, argues on behalf of his resolution to the House of Delegates. 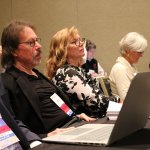 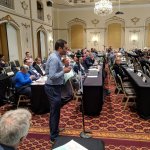 Dr. Amish Dave, MD, presents testimony on one of his resolutions to the WSMA Annual Meeting. 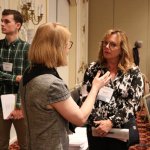 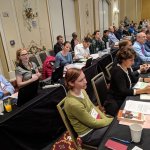 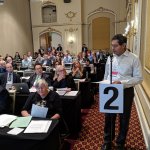 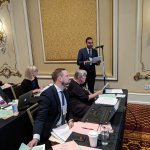