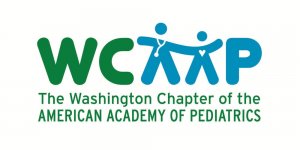 (SEATTLE, WA. April 25, 2019 )  – A proposed increase to Washington state’s business and occupation tax now under consideration in the House of Representatives would have a devastating impact on health care access for the most vulnerable of populations, especially children, a coalition of physicians and other health care providers vehemently opposed to the measure warned Thursday.

House Bill 2158 would increase the B&O professional services tax on independent physicians and medical practices from its current rate of 1.5 percent to 1.8 percent—a total increase of 20 percent. Physicians practicing within large hospitals or organized medical centers will not incur the tax.

The Washington State Medical Association (WSMA), Washington Chapter of the Academy of Pediatrics (WCAAP) and the King County Medical Society (KCMS) are among those adamantly opposed to this proposed B&O tax increase because of its impact on the most vulnerable patients they serve – especially the lowest of income and rural populations.

The proposed B&O tax would have the following effects:

The B&O tax increase would also:

The WSMA, WCAAP and KCMS represent thousands of physicians in Washington state and are collectively asking the legislature to exempt all physicians from the B&O tax increase to protect the vital health interests of our communities.

“Medicaid-dependent patients are already having a hard time getting seen, especially in more rural areas,” said Dr. Frances Chalmers, MD, a recently retired pediatrician with Skagit Pediatrics in Mount Vernon, WA.  “Patients aren’t able to get the basic medical care they need, so many put off preventative care, which leads to more chronic illnesses, treatment in expensive urgent care or emergency room settings, and long term health problems that cost us all far more in the long run,” said Chalmers, a longtime member and trustee of the Washington Chapter of the Academy of Pediatrics.

“On behalf of the Washington State Medical Association, I urge our elected officials not to raise this B&O tax on health care services, which would unfairly impact our state’s independent practice physicians, and stands to increase the cost of health care at a time when patients can least afford it” said Tom Schaaf, MD, Washington State Medical Association president. “And make no mistake, even though the tax unfairly targets independent physicians–roughly 40% of our state’s active practice physicians–it will impact our patients, as the tax increase threatens these practices’ economic viability in an increasingly competitive marketplace. This is tax is unwise and unfair for both patients and physicians, and we urge lawmakers to exempt our state’s independent physicians from this tax increase.”

“We need to focus on the children. Especially special needs, at-risk, Medicaid Insured, rural children,” said Nancy L. Belcher, PhD, CEO of the King County Medical Society. “Nearly 50% of children are on Medicaid statewide.  A high percentage of those children live in more rural areas. A greater number of children with special health care needs are on Medicaid. Make no mistake. Pediatricians in physician-owned practices that serve these populations will be hit hard.  More clinics will close, more patients will go without care,” Belcher said.

For interviews and more information: