From the CEO: KCMS makes big strides in Olympia 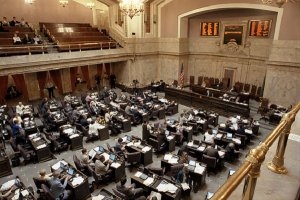 The 66th Washington State Legislative Session has come to a close, but not without the typical harried dash to the finish. While we are still evaluating how legislative decisions will impact health care both locally and nationally, I am excited to share that the session had successful outcomes and enlightening moments for the King County Medical Society.

For the first time in many years, the Society has reestablished its presence in Olympia. Your Society staff and Board of Trustees engaged directly with lawmakers, legislative staff and administrators at the Washington Medical Commission (WMC) and Department of Health (DOH). We also formed alliances with the Washington State Medical Association (WSMA) and the Washington Chapter of the American Academy of Pediatrics (WCAAP). Our efforts were enhanced by the Society’s staff/leaders long standing relationships with elected officials, which resulted in direct access to lawmakers.

The Society’s loud voice was particularly evident during debates over a proposed B&O tax increase when numerous lawmakers referenced the adverse impact on physicians. Through our collaborative efforts (including your responsiveness to calls for action), we successfully influenced the passage of legislation, made your voices heard loudly, and factored visibly in critical legislation and policy.

Here is a brief recap of just some of our legislative work:

Tobacco 21:
Washington state is now the 10th US state to raise the age for legal purchase of tobacco and vaping products to 21. I was honored to work directly with Dr. Jonathan Bricker at Fred Hutchinson Cancer Research Center (Fred Hutch), and his tireless work led to the development of this legislation.

The King County Medical Society joined the WSMA, the DOH, Attorney General, Fred Hutch and other stakeholders in lobbying aggressively in favor of this critical public health measure. The Society was an early proponent of the measure to further restrict access to cigarettes and e-cigarettes (vaping), even drafting an early resolution in favor of increasing the age to purchase such products and removing the candy flavoring/marketing from vaping products.

Society president Teresa Girolami, MD, conducted radio interviews and joined Society staff on visits to numerous lawmakers in support of the measure. The bill sits on the Governor’s desk awaiting his signature. If signed, it would be the first time in four years a state has removed personal vaccination exemptions (CA and Vermont removed personal exemptions in 2015).

Lawmakers sought the tax increase to help pay for education and broader health care initiatives. What the Society felt legislators lost sight of was the detrimental impact the tax would have on sole practitioners and the children they treat. The Society tried focusing on the CHILDREN that would have reduced access to health care due to the tax. Special needs, at-risk, Medicaid Insured, rural children.

Joining with the WSMA and WCAAP to defeat this measure, the Society sent personal emails to every single legislator in the house and senate, many of whom responded with gratitude and joined in our opposition to the unjust measure that exempted larger health care systems. But it was an uphill battle from the beginning. In a meeting with one senator, he told our staff members there was simply nowhere else to turn for the money they needed to pay for legislative priorities.

Last weekend saw an outpouring of opposition from our members. Along with the WSMA and WCAAP, we conducted widespread media outreach to raise awareness of the issue, physicians called and wrote their representatives in opposition, and several spoke at a hastily called Saturday hearing. A number of lawmakers we partnered with spoke on behalf of physicians in opposition to the bill, citing its adverse impact on sole practitioners and needy, at-risk patients.

Unfortunately, the majority voted in favor of the tax increase in a last-minute weekend vote. However, during the process the King County Medical Society established strong new relationships, renewed old ones and strengthened existing communication with lawmakers from across the state on both sides of the aisle.

Foundational Public Health/HCW Immunization database:
The King County Medical Society is seeking funding for the completion of a statewide Health Care Worker (HCW) immunization database to reduce the current confusion and inability to share immunization data between health care systems. Standard immunizations are required for all licensed HCW for both patient safety and provider/staff safety.

This effort was originally championed by Society member Frank Reido, MD, to stop the “paper chase” of immunization records. Without the unification of data there will continue to be reimmunization, and misinformation about immunizations. Database completion will positively impact the health of all HCW and the greater public; it is not simply a measure of convenience for practitioners.

To be clear, the HCW immunization data exist, but in lots of different health care systems and computer formats. A central repository, like the Washington State Immunization Information System, is the logical repository of these data. The Society is working with the DOH, and in conjunction with individual hospitals/health care systems, to create the appropriate computer links to facilitate these downloads, and to identify State matching funds to the DOH for this purpose.

The Society has held numerous meetings with stakeholders including key decision makers at the DOH, and garnered support from key lawmakers and House Appropriations Committee staff for the funding necessary to acquire matching funds from CDC to complete the database.

While the proposal makes sense to most, it was one of hundreds of public health initiatives seeking matching funding from a $22 million Foundational Public Health fund. While a DOH committee ultimately decided other programs had greater immediate need, the Society has established the HCW Database as a priority and continues to work tirelessly to acquire the funding necessary to complete the database.

In April a bill legalizing this environmentally-friendly and cost saving form of cremation was passed by the Washington State Legislature. Governor Inslee signed the bill into law, and Washington becomes the first state in the nation to approve this form of cremation.

Attempts to legalize alternatives to cremation, like alkaline hydrolysis, have previously been brought to the Washington legislature. But this year the bill also included recomposition (natural organic reduction that turn human remains into soil). Sen. Jamie Pedersen (D-Seattle) was the primary sponsor on each of the decomposition bills and says that with education of how it works, recomposition became less foreign.

Lead Testing:
The Society’s delegates presented nine resolution to the WSMA House of Delegates last October. The vast majority of resolutions passed, including a resolution crafted in partnership with a number of stakeholders to raise awareness of, and increase funding for, blood lead testing in children statewide.

Alliances:
Similar new partnerships were forged around other Society delegation priorities including prior authorization, firearm injury and death reduction.

The new King County Medical Society administration and Board of Trustees are dedicated to significantly increasing the influence and prestige of our physician members, and all physicians across the state. In just a few short months we made tremendous strides and laid the foundation for far greater and more tangible successes in the future. We will be reaching out to every single lawmaker and key staff and other policy makers in the coming months, and working closely with our delegates to craft effective resolutions to the WSMA where appropriate, and develop and lobby for legislation directly where we determine we can be most effective in the coming session and beyond.

We would like to hear from you. Please don’t hesitate to reach out to me with ideas for resolutions or contacts for getting our message heard.

Thank you for your continued support of King County Medical Society, and here’s to bringing the JOY back to practicing medicine. 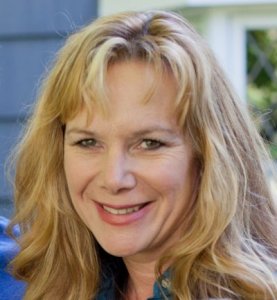