Analysis: Who and where are Washington physicians? 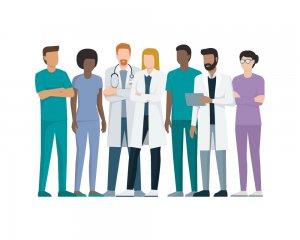 By Thomas A. Lerner

The Washington Medical Commission conducted a census of Washington licensed physicians over a 2 year period, and published its results this spring. While no survey yields a 100% response rate, the Commission timed their inquiry with license renewals and then followed up approximately 3-4 weeks afterwards with those who had not responded. About 40% of those who received the follow up inquiry submitted responses. The comments below summarize some of the highlights from the census.

Almost 15,400 licensed physicians are actively practicing in Washington. 88% of Washington physicians are Board certified. The largest cohort among currently active practitioners is in the “echo generation” which followed the baby boomers. 44% of that generation of physicians are women, while 54% of the physicians born after 1983 are women. This is a sharp acceleration of a trend that has been increasing over prior generations.

About three quarters of Washington physicians practice general medicine, with internal medicine representing over one-third of that number, followed by family medicine and pediatrics. Surgeons represent the next largest category.

Most physicians accept Medicare and Medicaid patients, but about a quarter didn’t know the answer to that question. (One assumes that they are not the ones burdened with the heaviest administrative load). The State Insurance Commissioner has identified about 40 direct health care practices, almost all of which are west of the Cascades. A “direct health care” practice, sometimes referred to as “concierge practices”, charge a monthly fee and in return provides unlimited access to doctors for primary-care services. Direct health care practices are required to be registered with the Insurance Commissioner.

Skamania and Wahkiakum Counties, along the Columbia River in southwest Washington each have 3 physicians, or about 1500 people for each doctor. But let’s tip our caps to the one physician—yes, one—in all of Garfield County (in southeastern Washington), taking care of 2200 people. Perhaps not surprisingly, that physician practices emergency medicine.

The experience of Washington physicians in the past twenty years suggests that all of this data are points on a trend line. Consolidation of health care has been the big story for physicians, as larger institutions roll up formerly free standing ones, like The Everett Clinic, Northwest Hospital and The Polyclinic. That has implications for employment and the prospect for maintaining independence in your practices. But the data is also revealing of opportunities for those ready to shift directions away from the trends of concentration and urbanization. One doesn’t need to go far to find under served communities in need of more providers. 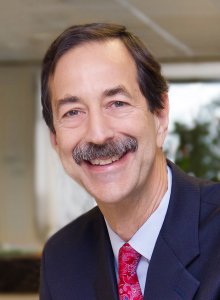 Thomas Lerner is an attorney with Stokes Lawrence, P.S. in Seattle, and regularly represents physicians on business and employment matters.  He can be reached at Tom.Lerner@stokeslaw.com or 206-626-6000.